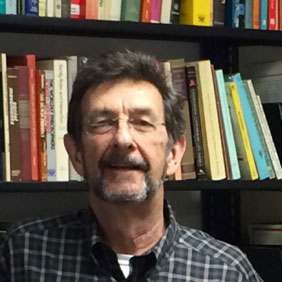 Dr. Ibarra is an actively engaged researcher in the Department of Sociology at The University of New Mexico. Though he retired in 2016, he is still a nationally recognized expert on minority issues in higher education. His career spans over three decades and includes teaching, research and administrative experiences in literally every educational level from Head Start and K-12 through undergraduate, graduate, and even distance learning institutions offering advanced degrees. From 1995 to 2001, Dr. Ibarra served as Assistant Vice Chancellor for Academic Affairs at the University of Wisconsin-Madison (UW-Madison), and from 2001- 2005 he was Special Assistant to the President and later to the Provost for diversity initiatives at the University of New Mexico. His research has been funded by grants from NIMH, SSRC, NSF and the Ford Foundation. His PhD dissertation (UW-Madison, 1976) was an ethnographic participant observation and interview study of a Norwegian farm community in rural Wisconsin.

Prior to his faculty appointment at UNM, Dr. Ibarra was Dean in Residence at the Council of Graduate Schools in Washington, D.C. in 1994-95, and chaired the CGS Committee on Minorities in Graduate Education in 1995-96. He served as Assistant Dean of The Graduate School, Office of Fellowships and Minority Programs at UW-Madison, 1989-97; Assistant Dean of the College of Letters and Science also at UW-Madison, 1986-89, and was an Associate Professor of Anthropology at Fort Lewis College, Durango, CO, 1976-84.

Dr. Ibarra holds a Masters and a Ph.D. in social/cultural anthropology from the University of Wisconsin-Madison (1976). His book; Beyond Affirmative Action: Reframing the Context of Higher Education, (University of Wisconsin Press, 2001) is a study of Latino graduate students, faculty, administrators and non-academics across the country.  That research uncovered a significant new Multicontextual design for diversity that is becoming recognized as a new paradigm for educational change. His current research project, funded by the National Science Foundation, intends to apply these multicontext principles within a Southwest consortium of schools headquartered at Arizona State University in Tempe.